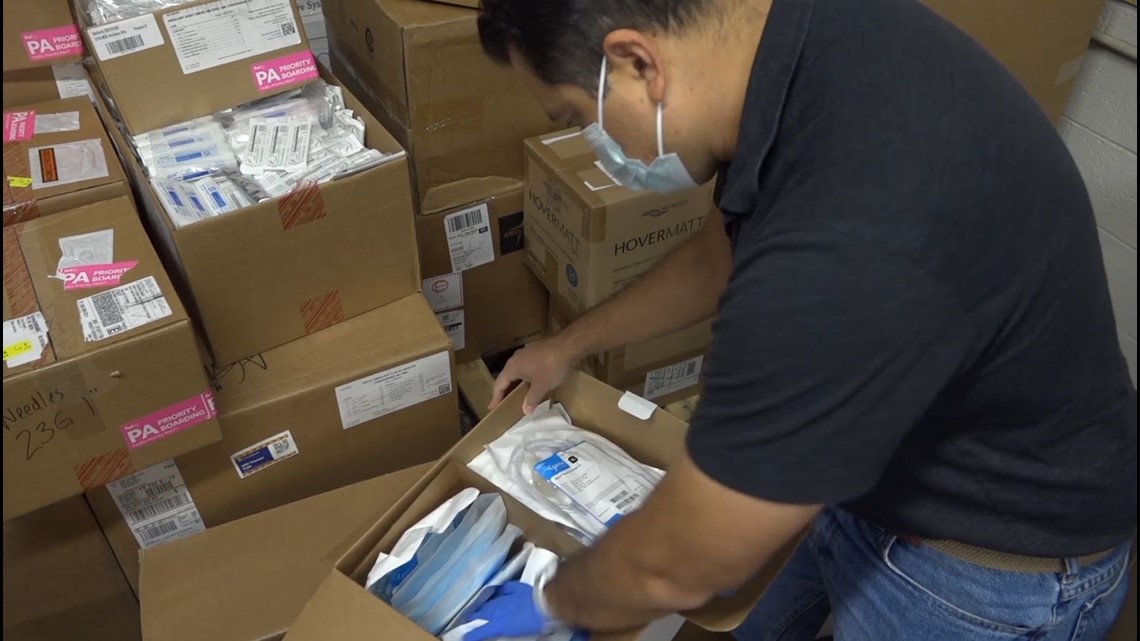 “We want to be able to stand with them however we can,” said Matthew Hoffman of Baylor Scott & White Health.

DALLAS – Baylor Scott & White Health, actively involved in sending medical supplies and assistance to Ukraine for the past several years, announced Monday that it has stepped up those efforts and is calling on donors to help the flow of supplies to the war-torn country.

“Our hearts go out to them. Our hearts ache for them,” said Matthew Hoffman, director of Baylor Scott & White Faith in Action Initiatives. “And we want to support them however we can.”

The program, with active disaster relief and medical missions in several countries, sends excess medical supplies to Ukraine as quickly and in as many boxes, pallets and shipping containers as possible.

“Each month, we ship one to three 40-foot shipping containers to humanitarian aid anywhere in the world,” Hoffman said.

Supplies to Ukraine include wound care, first aid and trauma kits. They are sent to established contacts in Poland and distributed in refugee camps and Ukrainian cities that they can still reach with the help of non-profit organizations, such as New Ukraine, Baptist World Alliance and the European Baptist Federation.

“It was heartbreaking to hear how they were preparing and wondering if such a day would ever come and the day they didn’t want to come, did come,” Hoffman said, of his phone and web conversations with Ukrainians. and the relief organizations on the front lines trying to help them.

“We want them to know that we are with them. And that we care about them. And as one person suffers in this world, we all suffer. And we want to get into those spaces wherever we can so we can take care of them,” Hoffman said.

“We want to be able to stand alongside them however we can,” Hoffman added.