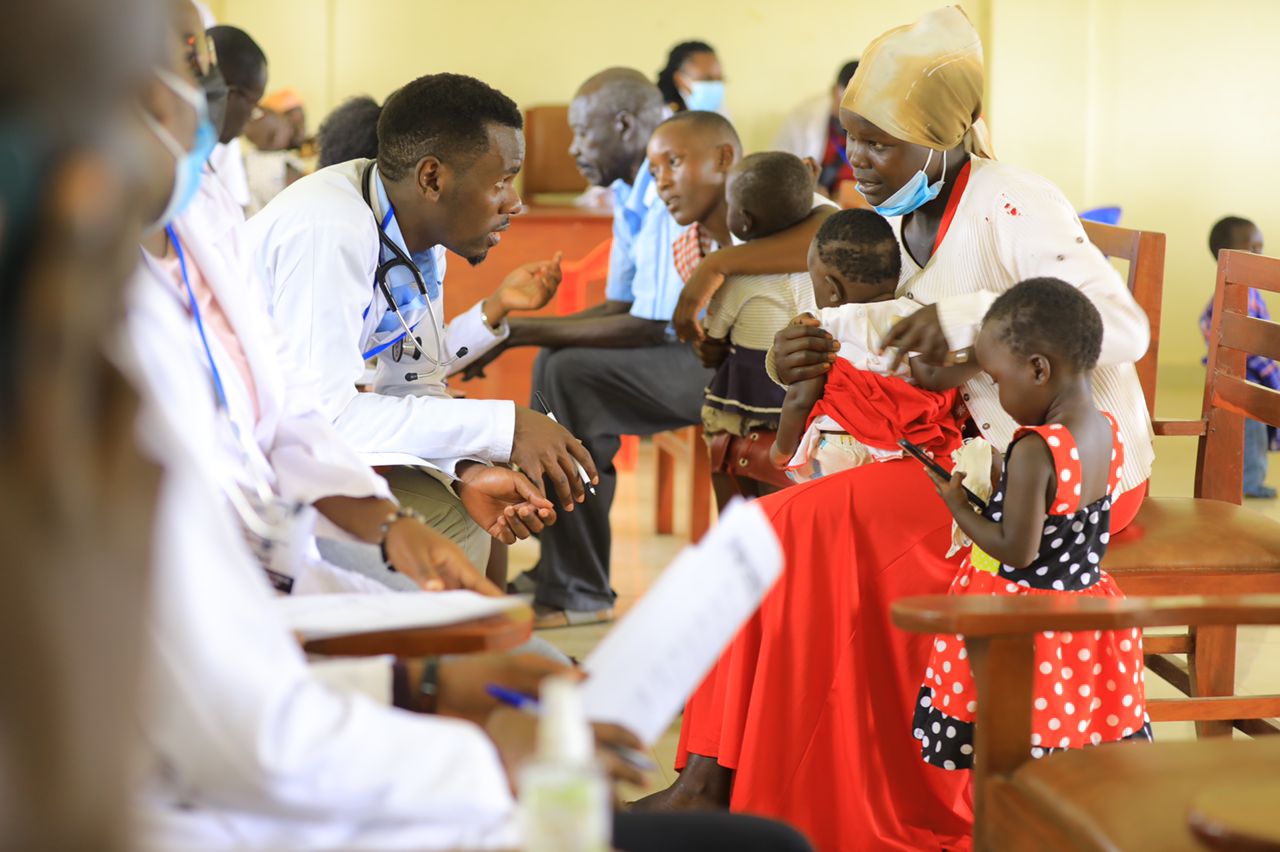 At least 10,000 people from 16 sub-counties of Bukedea received free medical care and medical supplies during a 3-day health camp organized by President Anita Among in collaboration with medical schools across the country.

By Saturday afternoon, more than 7,000 people had been screened and treated for various conditions, with a focus on non-communicable diseases such as diabetes, cancer, as well as prenatal services, among others.

Speaking to reporters at Bukedea iv health center, the district health officer Dr. Ikodet Stephen said the health camp will help reduce the influx of patients to different health centers in the region and will also give a chance to many people who cannot afford basic treatment.

Dr Ikodet revealed that the main conditions include malaria, HIV and non-communicable diseases.

“The focus has been on non-communicable diseases as they are silent killers among our people, but this would be avoided if testing was done early,” he added.

Mary Akol, one of the patients, said: “I heard about the free medical camp on the radio and decided to brave the morning showers to be able to benefit from this free treatment that our daughter Anita [ Speaker Anita Among] spread to us, and I received the treatment.

Another patient, Okaali David Livingstone, suggested that seeing a doctor is very difficult due to the large number of patients streaming into the various health centres.

”It may take you several days before you finally see a doctor as there are few of them and they treat so many patients. This camp has bridged that gap. We call on the President to extend this service more often,” Okaali said.

In his message, Speaker Among praised the medical team for their resilience and pledged to support the government’s efforts to improve their (medical workers’) welfare.