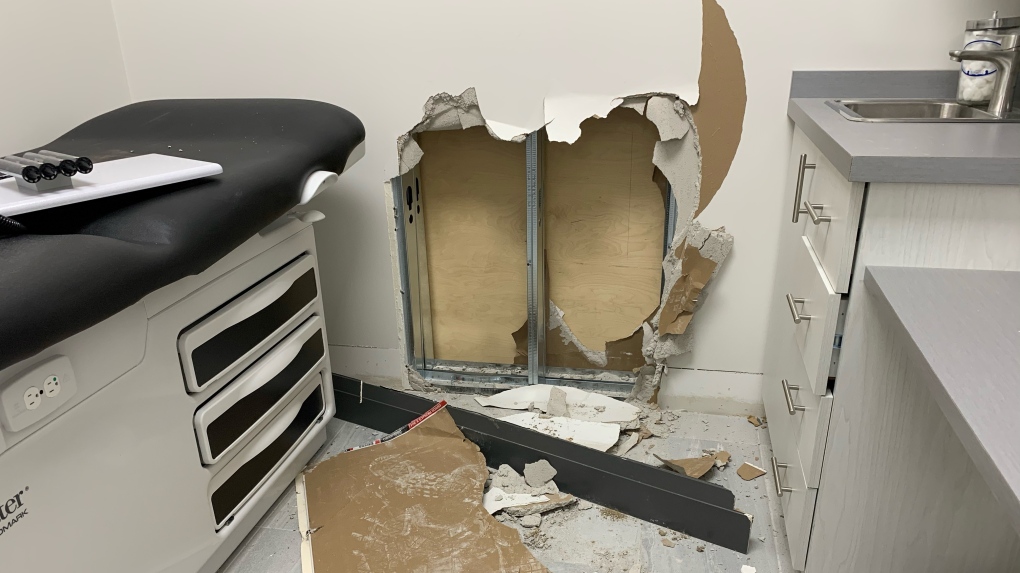 A walk-in, family-friendly medical center in Paris, Ontario. was forced to close its doors on Monday after several computers were stolen from the facility overnight.

The Paris medical clinic opened during the pandemic and has only served the community for four months.

Center owner Dr Ali Abdulhussein says six of their iMac computers were stolen overnight along with a new diagnostic tool.

Dr Abdulhussein said there were security cameras throughout the facility, but not along the hallway where patient rooms are for privacy reasons, or in rooms where computers were taken.

The Ontario Provincial Police are in the early stages of the investigation and believe the break-in occurred between 1:30 and 2:30 a.m. Monday.

An OPP spokesperson said the suspects entered a vacant unit on the side of the building and then walked through the drywall to enter an adjacent cannabis store that was not yet open to the public.

Police said the suspects walked through the drywall again to access the medical clinic.

They are looking for three possible suspects but do not have descriptions yet.

Dr Abdulhussein says he is confident that no patient information has been compromised.

The clinic plans to add even more surveillance and security systems to the facility.

They have already purchased three new iMac computers and aim to resume consultations with patients on Tuesday.