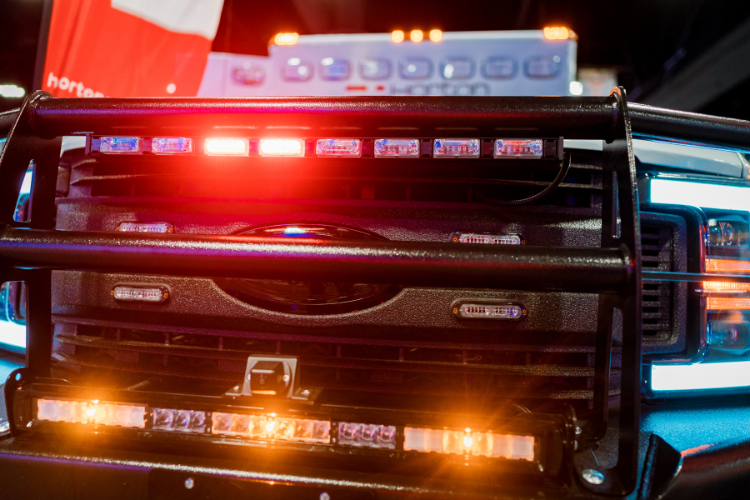 An ambulance was involved in a multi-vehicle accident while responding to a DUI accident on Interstate 91 in Middletown on Friday, according to Connecticut State Police.

A Good Samaritan helped the woman, Linda Pernal, 57, out of her vehicle. As he sat on the rail, police said Pernal fell from the embankment and suffered minor injuries. Pernal was taken to Yale New Haven Hospital for treatment.

An ambulance responding to the Pernal crash was also involved in a multi-vehicle accident, police said.

According to the police, the three occupants of the ambulance were taken to hospital for their injuries. No other injuries were reported. According to police, the driver of the Nissan was found responsible for the collision and was given a violation for traveling too close, which caused the accident.

The Toyota continued north and was involved in a separate accident after it ran over a Kia Optima near exit 21 on I-91. The driver and passenger of the Kia were taken to Middlesex Hospital. The driver of the Toyota was found guilty and given a written warning for following too closely.

Pernal was released on $5,000 bond and is due in Middletown Superior Court on September 6.