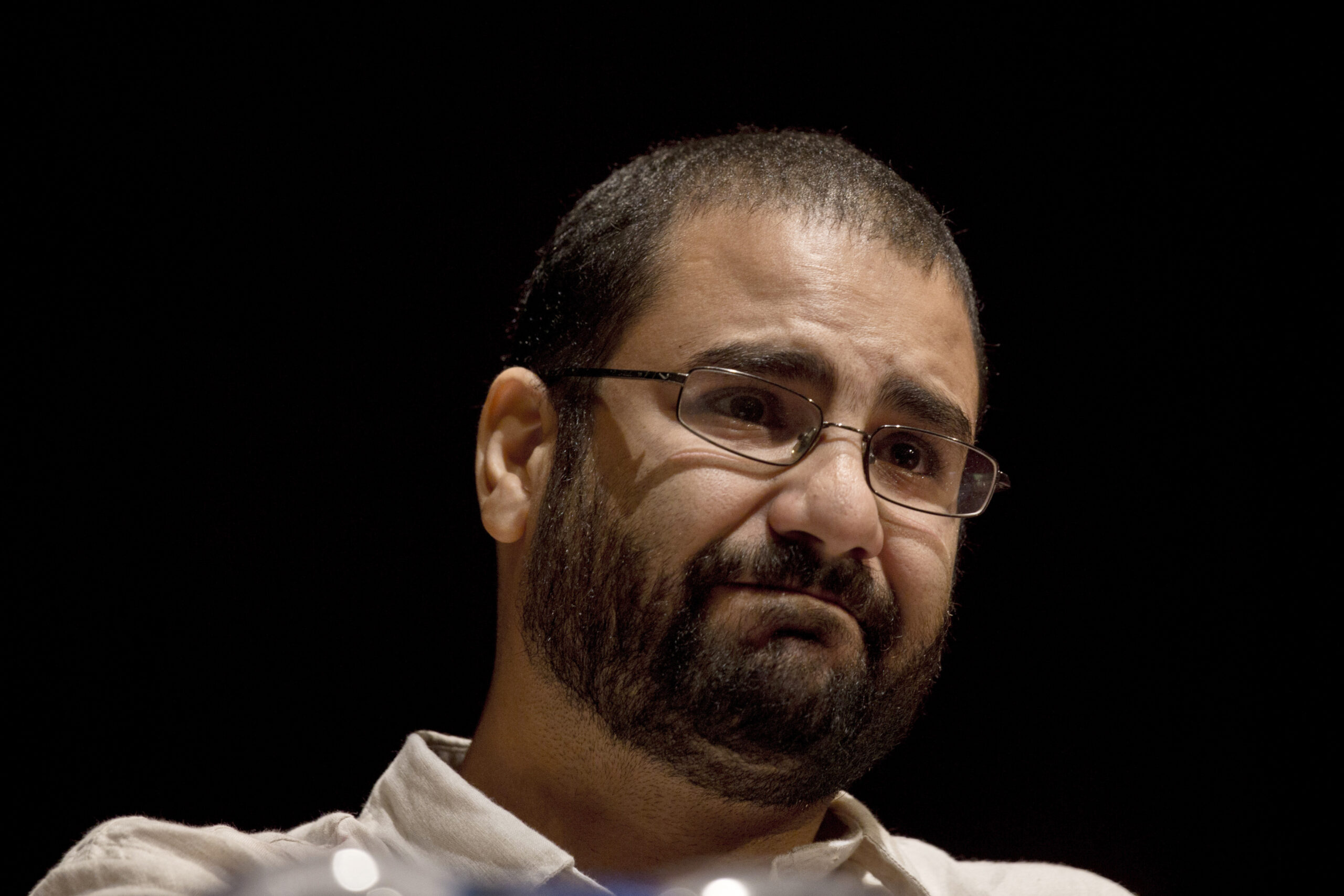 Egyptian prison authorities intervened medically with imprisoned pro-democracy activist Alaa Abdel-Fattah, who this week stepped up his hunger strike and stopped drinking water, his family said Thursday, calling for his release. The drama surrounding his fate coincides with Egypt’s hosting of the UN climate summit.

With the family scrambling for details on The state of Abdel-Fattah, prison officials refused to allow a family lawyer to visit him, despite the prosecutor’s office’s approval for the visit. The lawyer, Khaled Ali, said Interior Ministry officials told him the approval was not valid as it was dated Wednesday, adding in a tweet that he had not been informed of approval until Thursday morning.

The nature of the medical intervention was not known and it was unclear whether he had been transferred to a prison hospital. The family expressed fears that prison officials could force-feed Abdel-Fattah, which they say would amount to torture. Abdel-Fattah said in a previous letter that he was prepared to die in prison if not released, and Thursday was the fifth day since he said he had stopped drinking water or consuming calories.

Abdel-Fattah’s mother, Laila Soueif, has been waiting every day this week outside the Wadi el-Natrun prison complex in the desert north of Cairo, searching for evidence of her son’s life. She said Thursday that prison officials spoke to her outside the prison gates but refused to take a letter from her to her son.

She asked them if her son was undergoing a medical procedure and they said yes. She asked “if it was by force, and they said no” and told her, “Alaa is fine,” she told The Associated Press.

“I need proof for this. I don’t trust them,” she said. The family said in a statement that their lawyers were demanding information on the merits of the “medical intervention” and that Abdel-Fattah be immediately transferred to a civilian hospital.

At least 40 prisoners have died in Egyptian prisons this year, according to the al-Nadim Center for the Rehabilitation of Victims of Violence. Among them was Alaa al Salmi, who died at the end of October after several weeks of hunger strike.

Adam Coogle, Human Rights Watch’s deputy director for the Middle East and North Africa, called for Abdel-Fattah’s immediate release. He said the Egyptian authorities “seemed determined to impose cruel, inhuman and degrading treatment by imposing medical intervention against his will. The hunger strike is a political act.

Abdel-Fattah, who has been in prison for most of the past decade, is serving a five-year sentence for spreading false news for retweeting a report in 2019 that another prisoner died in custody.

Abdel-Fattah rose to fame during the 2011 pro-democracy uprisings that swept the Middle East, toppling longtime Egyptian President Hosni Mubarak. His long imprisonment since 2011 has become a symbol of Egypt’s return to even more autocratic rule under President Abdel-Fattah el-Sissi.

He had been on a partial hunger strike of 100 calories a day for six months. He stopped all calorie intake and began refusing water on Sunday, the first day of the global climate summit held in the Egyptian resort of Sharm el-Sheikh. Abdel-Fattah’s younger sister, Sanaa Seif, participated in the conference, in a bid to draw public attention to her case.

Egypt’s hosting of the event drew international attention to its heavy crackdown on political speech and activity. Since 2013, el-Sisi’s government has cracked down on dissent and critics, jailing thousands, virtually banning protests and monitoring social media.

Speaking to the AP on Thursday at the climate conference, Egyptian Foreign Minister Sameh Shukry declined to answer questions about Abdel-Fattah and suggested some countries were using the issue to distract from pledges climatic.

“Other issues not directly related to the climate could distract and…give justification to those who might prefer to focus on other issues to avoid having to deal with what they have to. do, how they should implement their obligations and responsibilities,” he said.

“So again, it’s up to the parties to focus on the issues that are most important to them,” he said.