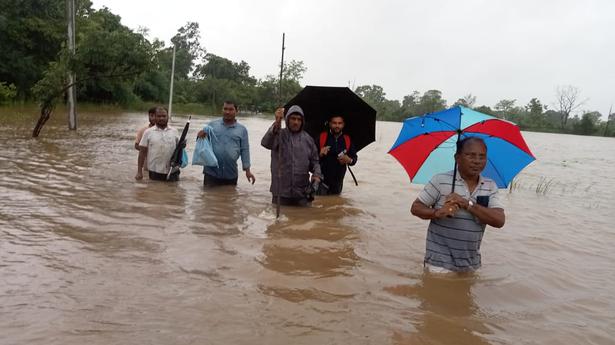 The current flooding situation in the state has become a challenge for state health personnel. Several villages are inaccessible by road, due to the overflow of streams and streams. Wherever road access is possible, four-wheeled vehicles are used. Sometimes they have to sail through boats. But often health workers are forced to take perilous routes on foot, wading through knee-deep – and even waist-deep – water to deliver medical services. If not water, the roads are filled with slush and mud that they must cross to reach people in need of medical assistance.

Doctors and healthcare workers say they have their hearts in their mouths as they walk through overflowing torrents. Besides the fear of being swept away, there is a threat of encountering reptiles and wild boars on their way to villages located in hilly terrain. 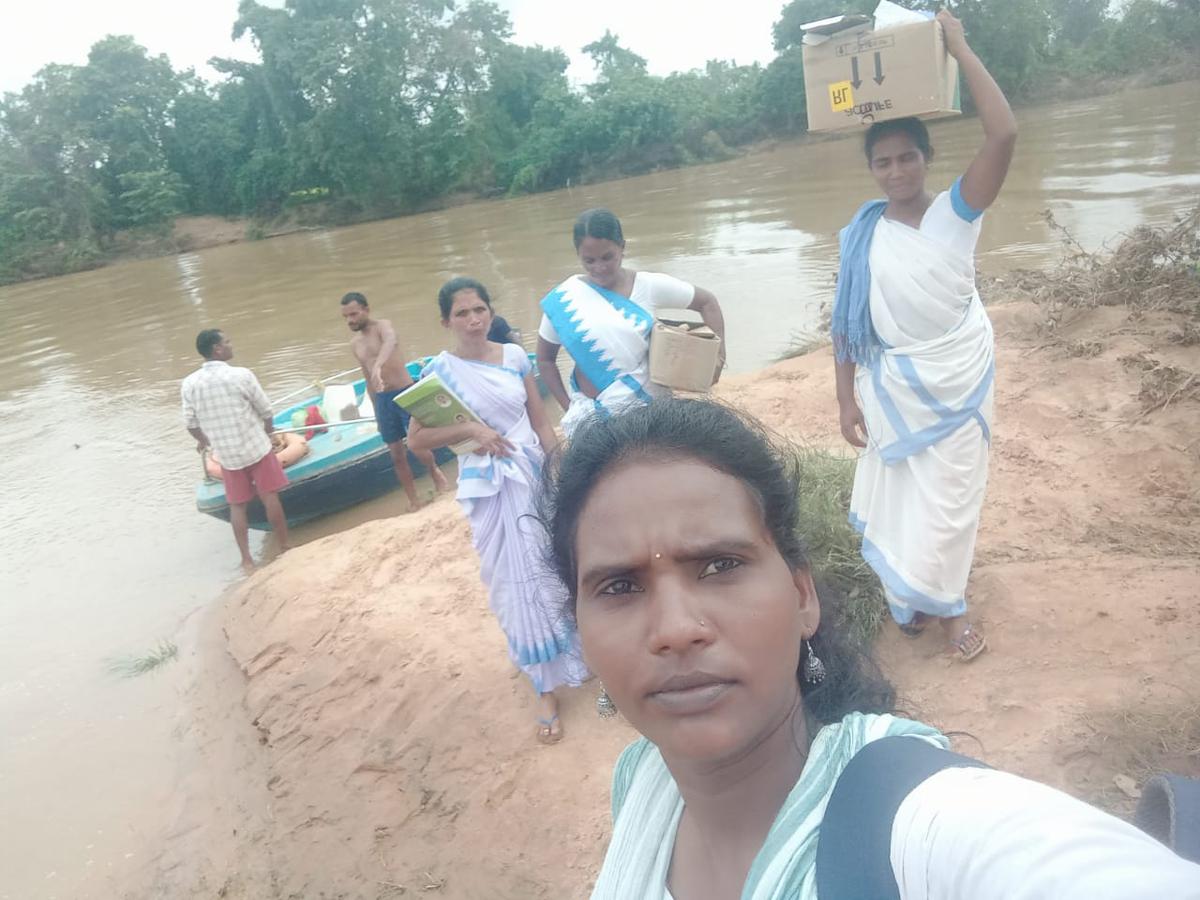 Auxiliary nurse midwives and accredited social health activists getting ready to board a boat to hold a medical camp at Eturnagaram mandal. Photo: special arrangement

Several villages have been submerged and roads to localities have become inaccessible following the unprecedented rains of recent days, but this has only increased the need for medical services. There is a constant threat of waterborne and vector-borne diseases such as typhoid and dengue fever. Also, pregnant women and people with chronic illnesses need attention because they have missed regular health check-up appointments.

Kumaram Bheem Asifabad District Medical and Health Officer (DMHO), T. Prabhakar Reddy, said roads leading to three villages had been cut due to overflowing water. “So we took a tractor to two villages and held medical camps there,” he said. In addition, drinking water sources in both villages were contaminated. Health staff advised residents to boil borehole water, cool it and filter it before consuming it. Chlorine tablets were also distributed.

A health team moving a pregnant woman from the village of Narsapur J to a safer place in a four-wheeled vehicle after roads were cut off due to an overflowing stream. Photo: special arrangement

Recently, medical teams, along with other staff from other departments, had to move a pregnant woman from a flooded village in Bheebra to a government health facility in Mancherial. Unfortunately, the baby did not survive. The mother’s condition, however, is stable.

A doctor from Narsapur Tribal Primary Health Center J. Himabindu said they had to cross three streams to conduct a medical camp at Baojipeta in Ichoda mandal of Adilabad. “Usually the water flow is not strong. Thus, the bicycles can criss-cross. As it is possible for vehicles to skid on the road, we had to walk in the water. A few pregnant women missed their checkups. We provided them with medical services,” said Dr Himabindu who traveled with two health assistants and an accredited social health activist.