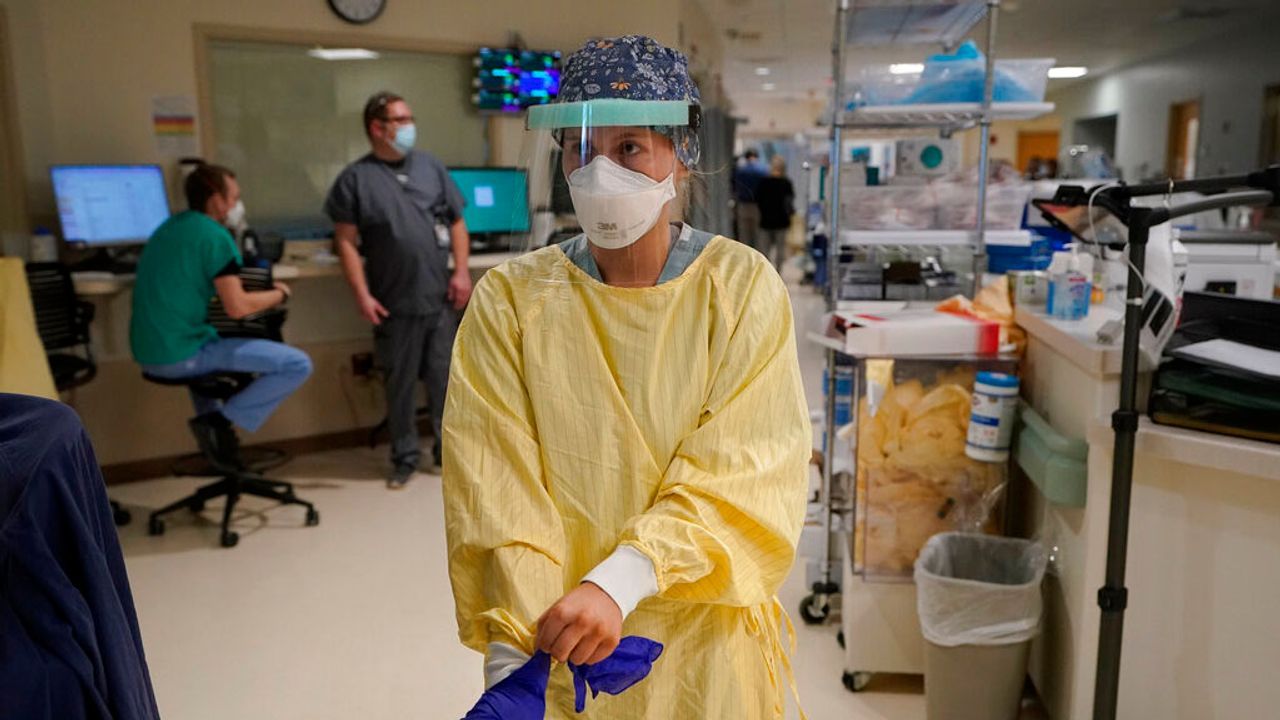 Healthcare workers support nurses’ walkout at Orlando Medical Center: ‘I feel bad for the patients and terrified for the staff’

Nurses, tell us about the conditions in your hospital or workplace. Share your story using the form at the bottom of this article.

In the week following the May 27 walkout of about 40 nurses at the Orlando Regional Medical Center (ORMC) in downtown Orlando, Florida, nurses are sharing their views and speaking out against staffing ratios dangerous.

ORMC nurses launched the spontaneous strike against inhumane workloads that threaten patient safety and led to the tragic suicide of a patient who went unnoticed for hours. As news of the walkout spread online, the hospital administration reacted by denying that a walkout even took place.

A recent email to ORMC staff from Karen L. Frenier, Senior Vice President of Human Resources and Chief Nursing Officer, began by stating, “We continue to monitor certain social media discussions that began in over the weekend around nurses walkout rumors at Orlando Health ORMC. Just to reiterate, this is misinformation and it’s not true.

Nurses were reportedly forced to sign non-disclosure forms and could not speak out about conditions at the hospital for fear of reprisals. They communicated through nurse advocates such as Nurse Nander, The.Nurse.Erica and Masshole McGuido, as well as through the World Socialist Websitewhich is the only news release covering the stock.

They reported the patient jumped to death on May 16 after using a bedside table to smash his 8th floor bedroom window. Nurses say nurses in the Progressive Care Unit (PCU) had such heavy patient loads that the discovery of the deceased patient was significantly delayed.

After the patient’s death, additional staff were provided to bring down patient-nurse ratios during an inspection by state officials. But nurses say ratios have returned to unbearable numbers, with some reporting 13:1 for medical surgery units, 7:1 or 8:1 at PCU, 5:1 at descent and 3:1 at l intensive care unit (ICU).

Rejecting hospital administrators’ claim that a walkout did not occur, The.Nurse.Erica confirmed, “Of the hundreds of messages I have received from nurses, there are than one who has refuted it.”

Several current and former ORMC nurses, as well as nurses from the surrounding area, have written to the WSWS to confirm what happened and are denouncing the conditions in the hospitals. They asked that their names not be released for fear of reprisals.

A nurse, currently working at the ORMC, confirmed to the WSWS that many nurses had indeed walked off the job. They also confirmed the patient’s suicide, as well as another recent patient death resulting from CMS violations in which a patient fled, left the hospital and was later hit by a car and killed.

A trauma nurse in the intensive care unit at the ORMC wrote, “ORMC is also tripling assignments in their Traumatic Burn Intensive Care Unit where other Level One Trauma Centers in Florida do not. To be approved as a Level 1 Trauma Center, the ratio must be 2:1 patient to nurse. These are the guidelines used by all union hospitals in Florida that are approved to be a level one trauma center.

“Recently, intensive care nurses held a meeting with the hospital’s NOC and other leaders of the organization, tearfully pleading for help, many sharing personal stories of how the ratios of 3 :1 destroying patient care and saying it was dangerous. The nurses asked what would happen if they refused an assignment knowing that they would not be physically able to care for the three patients due to their acuity, and were told that only travelers could refuse an assignment. And the number of nurses is always tripled.

Another nurse who worked at the ORMC for many years told the WSWS how hostile conditions forced them to leave. “I thought I was making things better by calling out policies that were changing and dangerous, also calling out management on their bullying policies and unfair practices, and I was branded a troublemaker.

“I was blacklisted for not working in certain facilities, advised to keep my comments to myself, to maintain a peaceful work environment. I was advised in a way that violated my right to privacy. freedom of speech and violated my rights to a fair workplace, which was guaranteed in action by Congress, to promote fair working conditions.

“And what they do to new nurses, who don’t know any better, is awful,” she wrote. Referring to the case of RaDonda Vaught, she added: ‘Especially with nurses who are on witch hunts and not supported by their hospitals when following the procedures put in place by the hospitals. It’s unfair and scary. Before, I felt bad for the patients. … Now I feel bad for the patients and terrified for the staff.

Another Florida Nurse wrote, “I was a traveling nurse at Bayonet Point Regional Medical Center in Bayonet Point, Florida. It is an HCA facility which has similar ratios to ORMC. I almost tripled every shift in intensive care. We had no patient care technicians to help us, and our charge nurse usually had a patient load as well. The PKU and MS ratios were very dangerous.

“I raised the issue with management, and nothing was done. They just told us that it’s like that everywhere. Management relies on new graduate nurses to fill in the gaps, while making them believe that high ratios are the new norm. I terminated my contract early out of fear for my license.

“I first work for health in Melbourne, Florida”, another nurse wrote. “Our numbers are not sufficient. On med surg and med tele our ratios range from 1:6 to 1:8, PCU is almost always 1:6. I’m not personally sure about ICU ratios, but I’d bet it’s 1: 3. We don’t have enough babysitters for 1:1, so they placed two patients who have 72 hour counseling with a babysitter on a regular basis.

“All charge nurses almost always have a full patient assignment as well. Nurses are constantly being asked to work in areas for which they have not been properly trained.

Another nurse in Melbourne, Florida wrote: “I am currently working in Melbourne, Florida not far from Orlando and our PCU ratios are also 1:6 and very dangerous. We are a cardiac PCU, so we receive open heart patients after day 1 and 2 of the operation. The acuity is very high, and we are all overwhelmed.

“They hired travelers but were told no OTs were available even though they were understaffed every shift. The nurses in charge take 4 to 6 patients each shift!!!! It’s crazy and so dangerous, not to say so so so unfair to patients who really need great care.

In a video Posted online, Nurse Nander reported that ORMC hospital administrators recently notified nurses via email that increased patient ratios were on the horizon, prompting many nurses to “respond to all” and to denounce even greater workloads.

“I’m writing this email to let everyone know that I put my patients first,” one nurse wrote. “If I go into a 5:1 scenario, I refuse the mission and just go home. Then that day will be my official two weeks notice, with a stipulation that I will only work with 4:1 patient ratios or you can just fire me for my departure since I will still be switching my patients and my license first. Without my permit, I wouldn’t have a job anyway.

The reality that nurses and patients face at the ORMC is just one example of the serious problems plaguing the entire health care system. The fact that nurses and health care workers are terrified of speaking out and fear reprisals speaks to the silence of nurses more generally.

Just three weeks ago, former Tennessee nurse RaDonda Vaught was sentenced to three years probation for a medical error that led to the death of one of her patients in 2017. Only a massive mobilization of protesting nurses against scapegoating healthcare workers for systemic problems in hospitals, kept her from going to jail.

Are you a healthcare worker with a story to tell? Make your voice heard ! All submissions will remain anonymous.