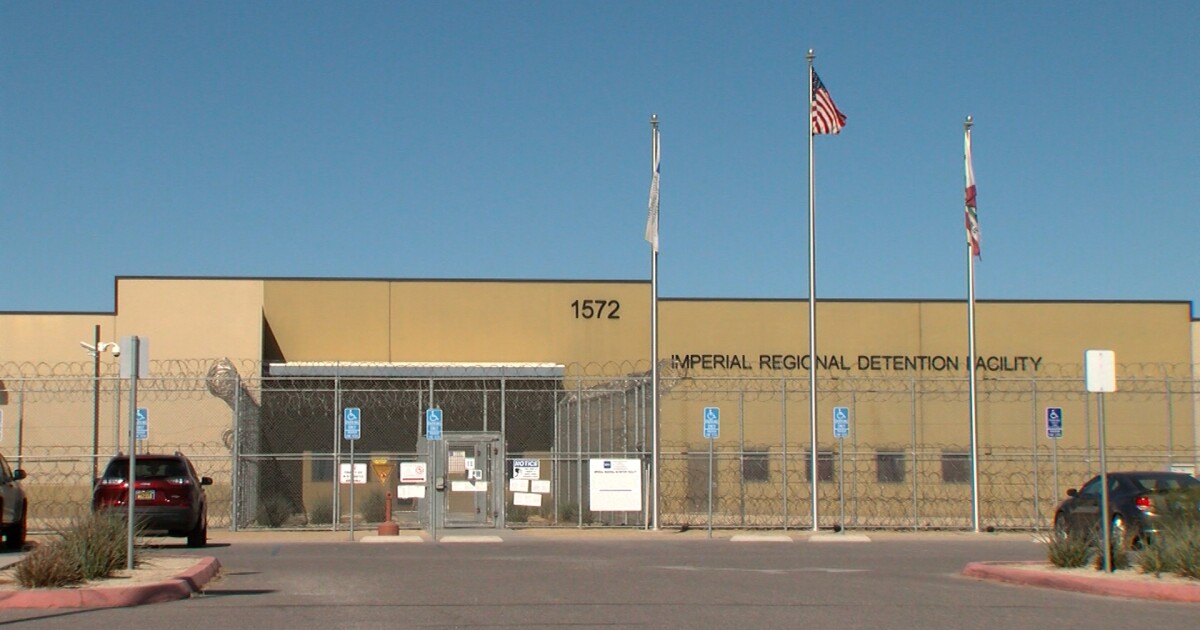 The complaint provides the accounts of five different men held in the Federal Immigration Detention Center to document the “torturing conditions” inside the facility. The detention center is run by a private company called MTC, which has a contract with Immigration and Customs Enforcement (ICE).

“Complainants have experienced another deeply concerning pattern at Imperial, namely retaliation by MTC staff against individuals who raise the above concerns about poor conditions and abusive treatment at the facility” , says the complaint.

Donald Varela Fernandez is among the men who spoke. He was held at the detention center from September 2021 until September 13 this year.

While incarcerated, Fernandez said he spent five months complaining to medical staff at the detention center of severe pain in his hips, back, shoulders and joints. At some point, he lost control of his hands.

Fernandez said the pain got so bad he needed a cane to walk.

“If you ask for medical help, all they do is take you to the medical section, take your blood pressure, check your weight, give you Tylenol and send you back to your dorm,” he said. he declares.

In March, Fernandez was finally taken to a doctor in El Centro, according to his complaint. The doctor said Fernandez needed emergency spinal cord surgery.

He was transferred to UC San Diego Medical Center for the operation, according to the complaint.

Surgeons at UC San Diego gave Fernandez a set of instructions for his care after the surgery, he said. These instructions included physiotherapy exercises to strengthen his back and hands.

But when Fernandez returned to the detention center, staff stripped him of his instructions and placed him in solitary confinement — where he didn’t have enough room to do his exercises, according to the complaint.

“They took everything away,” Fernandez said.

ICE did not respond to questions about the complaint. MTC issued a statement that does not directly address any of the allegations in the complaint, but reaffirmed the company’s commitment to following best practices.

“Whenever an inmate raises a concern, they are encouraged to speak to one of our staff members or file a formal complaint,” the MTC statement read. “We are committed to following the [ICE Performance Based National Detention Standards]including that “no inmate will be harassed, disciplined, punished or otherwise retaliated against for filing a complaint or grievance”.

Lawyers and attorneys who filed the lawsuit say what happened to Fernandez and the other migrants is not an isolated incident.

“We see this happening over and over and over again,” said PJ Podesta of the Innovation Law Lab. “People are locked in solitary confinement or written out falsely, we see a clear pattern.”

The ACLU of Southern California, Centro Legal De La Raza, and the California Collaborative for Immigrant Justice helped document and file the complaint. The organizations also filed a similar lawsuit against the Golden State Annex in McFarland and the Mesa Verde ICE Processing Center in Bakersfield this week.

“We would like the oversight agencies to really investigate thoroughly, not to let private contractors, not to let ICE escape scrutiny,” Podesta said.

Podesta added that he was particularly impressed by the courage of several who put their names to the complaint despite fear of reprisals.

Fernandez said he spoke out for the benefit of those who come after him.

“I don’t want anyone else to have to go through what I had to go through in this place,” he said. “One way to help someone else is to talk about it, because if nobody talks about it, nobody really knows what’s going on.”