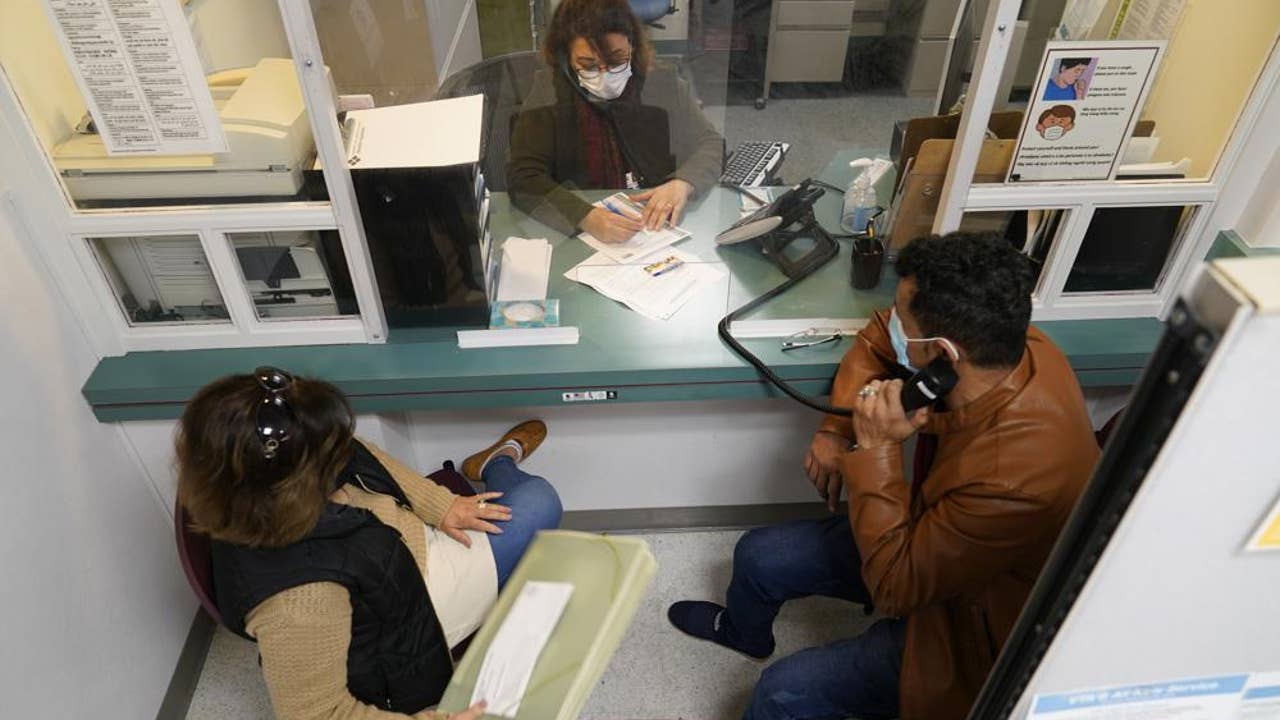 SAN JOSE, California – Tram Pham cries as he remembers how difficult life was in the beginning in the United States. But she also remembers the joy she felt as a 22-year-old Vietnamese refugee when a nurse spoke to her in her native language and guided her through a required medical examination of newcomers.

Almost three decades later, Pham hopes to offer that reassurance as a registered nurse at the same clinic in San Jose, Calif., Who has cared for her family. The Tuberculosis and Refugee Clinic at the Santa Clara Valley Medical Center is screening Afghan people who began seeking asylum in the United States after US troops withdrew from the country in August.

Pham speaks neither Farsi nor Pashto. But it can soothe patients who are stressed by a job they can’t find or rent owed. The other day, she held the hand of an older Afghan woman as she cried out her fears.

“I can see patients from all over the world coming in. I see, you know, Vietnamese patients. I see a lot of refugee patients,” she said. “I see myself.”

Tuberculosis and Refugee Clinic joins a vast network of charities and government organizations tasked with implementing President Joe Biden’s plan to displace nearly 100,000 people from Afghanistan by September 2022. Nearly 48,000 Afghans have already left US military bases and settled in new communities, the US State Department said in an email, including more than 4,000 in California.

The operation was hampered by the need to expand rapidly after major cuts to refugee programs under President Donald Trump. But the response from the community has been overwhelming and enthusiastic, said Krish O’Mara Vignarajah, president of the Lutheran Immigration and Refugee Service, one of the nine national resettlement agencies.

“We know that relocation is not a process of several weeks or months. Success takes years of effort. And so this is where it is really important to have a strong bond with the community,” Vignarajah said.

The association, which operates in at least two dozen states, has resettled about 6,000 newly arrived Afghans since the summer, including 1,400 in northern Virginia, 350 in Texas, 275 in Washington and Oregon, and 25 in Fargo, North Dakota.

The state of Oklahoma received about half of the 1,800 people it was supposed to expect, said Carly Akard, spokesperson for Catholic Charities of Oklahoma City. Akard said that in their rush to escape, many refugees arrived without identification.

â€œThey fled and had nothing,â€ she said.

In San JosÃ©, the clinic is scrambling to hire more people and reassign staff for the more than 800 people expected in the county through September. Not only is the number a big increase from the 100 people assessed by the clinic in the last fiscal year, it is uncertain when they will arrive, health center director Nelda David said.

But David said that wouldn’t stop the staff of about three dozen from rolling out the welcome mat at the clinic, founded four decades ago specifically to help Southeast Asians after the Vietnam War. Most nurses, assistants and other staff are immigrants or former refugees themselves and understand the shock of starting over in a new country.

Medical interpreter Jahannaz Afshar greets Farsi speakers at the front door even before they check in for their first visit. In a windowless office, she explains what to expect during at least four visits as part of a comprehensive health assessment, which includes updating vaccinations and checking for infectious diseases. A medical examination is required of all refugees.

But Afshar, who left Iran in 2004, also explains cultural differences, such as America’s preference for personal space and gossip. She will teach newcomers how to take the bus or use the public library, and reassure them that in the United States, people help without expecting to receive anything in return.

Most of the staff are bilingual and come from several countries, including China, Myanmar, Sierra Leone and Mexico, said Mylene Madrid, who coordinates the refugee health assessment program. But the staff can help even without speaking the same language.

An Afghan woman was tense and nervous when she arrived the other day for her first medical examination. At the end of the long visit, however, she was cracking jokes and sharing photos with public health assistant Nikie Phung, who had fled Vietnam decades earlier with her family.

Another newcomer from Afghanistan came through the clinic complaining of chest pain but was so anxious that she couldn’t say more about her symptoms. Pham, the nurse, asked her if she could hold his hand. They sat down while the woman sobbed, and then finally talked about the stress of having her whole family living in a cramped hotel room.

By then his pains were gone. Pham noticed that the daughter and the woman’s son-in-law were upbeat and more comfortable speaking English. She took the girl aside.

“Would you please spend some time with your mother?” she asked him. “Talk to him more.”

Staff members have gone out of their way to connect patients to jobs, provide empty apartments and tap into the wider community for rent and other relief. They stocked up on baby diapers and handed out Thanksgiving gift baskets. During a routine visit, a patient mentioned that he needed car repairs for the job. Within weeks, the clinic had raised $ 2,000 to donate to her.

Afshar says she cannot imagine what the refugees are going through. The former clothing designer and her husband weren’t shy of conflict and shootings when they chose to leave Iran. And yet, she too struggled at first.

At the clinic, she jumps on the phone to arrange an eye exam for Mohammad Attaie, 50, a radio technician who fled Afghanistan’s capital Kabul this summer with his wife, Deena, a journalist, and their girl. Sana, 10, loves her new school in San JosÃ©, but the couple worry about finding work even though they don’t speak the language.

Yet seeing people like Afshar and Pham gives them confidence.

“They are successful. They work here. Their language skills are good. I hope that in less than a year I can stand up,” Deena Attaie said, speaking in Farsi.