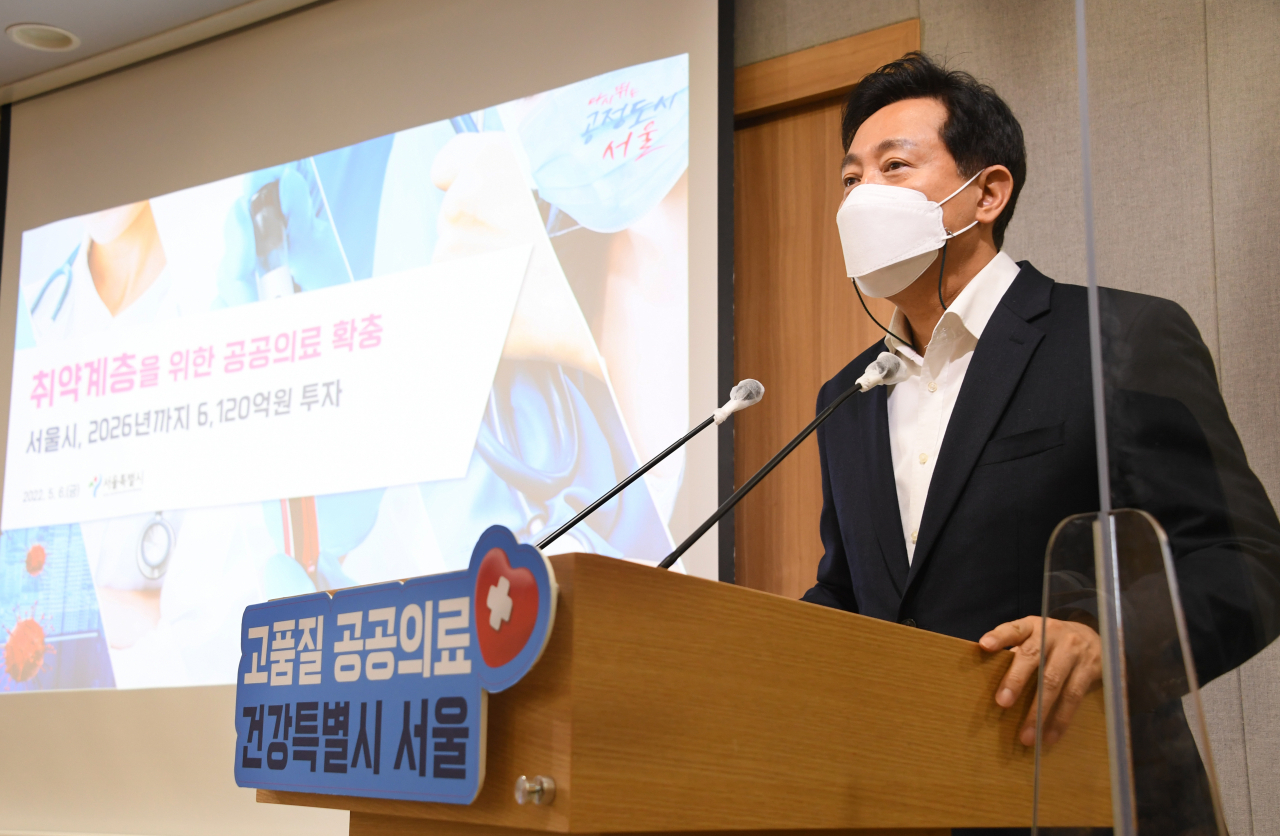 The Seoul city government announced on Friday that it will invest a total of 612 billion won ($479.7 million) over the next four years to strengthen the city’s public medical services, including the construction of three new city-run hospitals.

The project was launched amid growing calls for the expansion of the public health system to deal with health crisis situations, such as the COVID-19 pandemic, and meet the needs of the less privileged, officials said. from the city.

Under the plan, a general hospital with a capacity of 600 beds will be built in the southern district of Seocho by 2026 with a budget of 400 billion won. Equipped with a specialized center dedicated to the treatment of infectious diseases, the hospital will provide public health services in a non-crisis situation in the territory while assuming the role of a control tower in a health crisis situation.

With a combined budget of 104 billion won, Seoul will also open the city’s first-ever public rehabilitation hospital for disabled patients as well as a dental hospital for the disabled in the city’s southwest region, officials said.

Existing municipal hospitals will also be renovated to better serve the public, with Boramae Medical Center in western Seoul set to receive 40 billion won to launch a special center for respiratory diseases with 72 isolated beds by 2024.

“The number of city-run hospitals will be increased to 15 from the current 12 to strengthen the network of public medical services for disadvantaged people,” Mayor Oh Se-hoon said, pledging “aggressive” investment in health. improving the health of the city. services. (Yonhap)