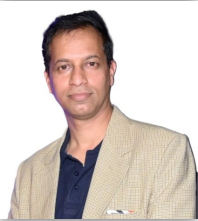 The need for the “golden” hour

This year, India celebrates 75 golden years of its independence. A nation that was once considered only a developing country is now the fastest growing economy in the world and among the youngest nations.

India is setting the bar high on many fronts, but healthcare is the sector that needs immediate attention and reform. After 2020, a long ignored question took center stage: “Can the dream of a prosperous India be realized without healthy citizens?”. The question has been answered bluntly by the COVID-19 pandemic, which is a clear “no”. The worst health crisis ever has brought to light the inadequacies and pitfalls of India’s healthcare system, which requires a complete overhaul and grassroots initiatives.

The waves of COVID have also revealed and highlighted the inefficiency and disorganization of urgent care infrastructure or Emergency Medical Services (EMS) in India. India ranked 66th in the Global Health Security Index (GHS) 2021. The GHS further pointed out that in the rapid response category, India scored 30.3 which is even lower than the world average of 37.6. The lack of an adequate emergency medical response system costs millions of lives every year in India, especially during unexpected medical emergencies such as road accidents, natural disasters and heart disease. It is not a hidden fact that most of the time, EMS does not provide immediate and effective emergency medical care during the “golden hour” – the first 60 minutes following an accident or trauma.

Several surveys and data analyzes show that the chances of resuscitation and survival of critical patients can be increased if we provide proper emergency medical care during the golden hour. But, in India there is no specific ambulance response time and on average it takes more than 45 minutes, the situation in rural areas is even worse.

A report by India’s premier institute, All India Institute of Medical Sciences (AIIMS), reveals that 98.5% of ambulances in India exist to transport dead bodies, 90% of ambulances are without equipment/oxygen, 95% of ambulances have no untrained/unqualified staff, most doctors with no formal training in emergency medical services (EMS), overuse of government ambulances and 30% mortality are due to delays in patient care. ’emergency. EMS hotline numbers such as 102 and 108 are rarely reached in time in an emergency. We live in the digital age, where we get groceries, food deliveries and pizzas in less than half an hour with just one touch, but we are unable to save a needy person from death in case emergency. It is an alarming situation for us as a country to identify, recognize, implement initiatives and build a robust EMS network to establish world-class healthcare infrastructure.

Proactive involvement of relevant authorities and stakeholders is essential to revamp, revamp and establish an adequate EMS network in India. Our policy makers, government authorities, and health departments must work to completely overhaul EMS by implementing sector-specific policies, initiatives, regulations, and standards to develop a comprehensive EMS system. Other stakeholders must also come forward, such as ambulance and healthcare vehicle manufacturing companies, which must design, engineer and manufacture ambulances equipped with advanced technologies and equipped with AIS and NHS certified technologies.

In many cases, patients do not reach appropriate or nearby hospitals due to lack of data and prompt help. A fast-response helpline system should be put in place and supported by modern technologies such as GIS and AI. Intensive training for ambulance staff, drivers and doctors should also be made mandatory to handle emergencies. Collective and proactive efforts are now needed in the “golden hour”, as a country of one and a half billion people can no longer afford to wait for a wave or a pandemic to act immediately.

The opinions expressed above are those of the author.