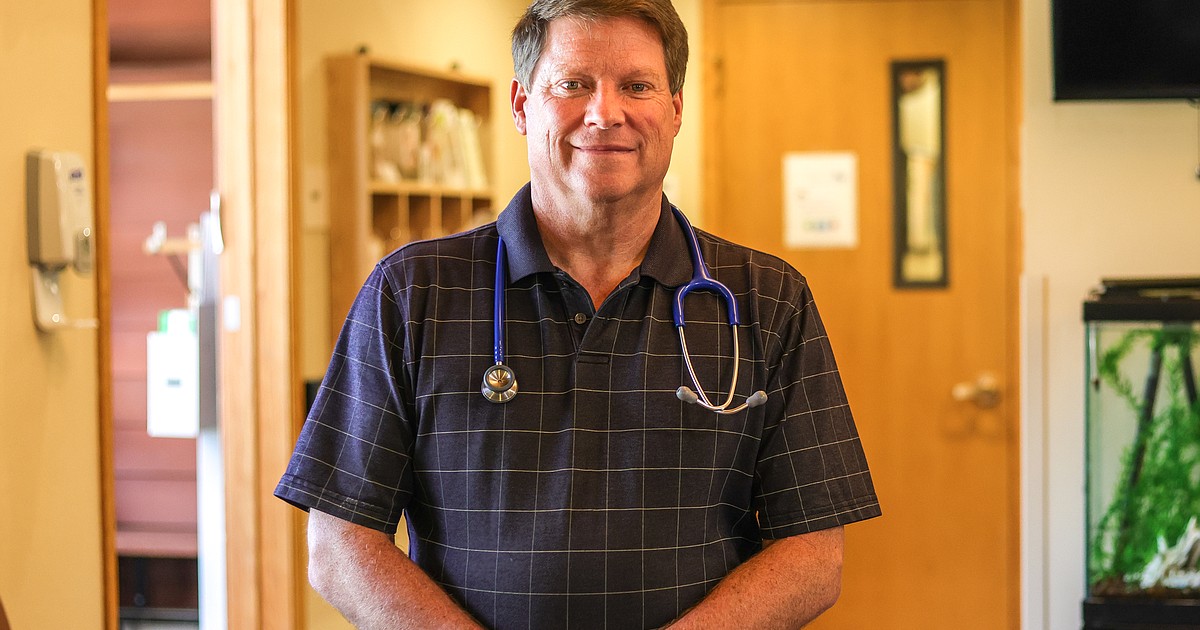 The pediatrician applies the parental perspective to medical care

As the father of four daughters and grandfather of six grandchildren, Dr. Kenneth Graham enjoys walking alongside first-time moms and dads.

“First-time parents feel like fish out of water and are always very nervous about parenting and it’s been nice to hold their hand through this. If I could care babies all day, I would,” he laughed.

Graham, who practices at Logan Health Children’s Primary Care, was selected as the top pediatrician in Daily Inter Lake’s annual Best of the Flathead reader poll.

Even as a child, Graham wanted to be a doctor, but it was while running errands for doctors at Butte Hospital that he intensified his passion for medicine. When he announced his intention to pursue medical school, he received the full support of the hospital’s pediatrician, Dr. Dennis McCarthy.

“When I told him I wanted to go into medicine, he was like, ‘You should do it, Ken!’ He was a really good mentor to me,” Graham said.

With strong affirmation from McCarthy, Graham decided to pursue an education in pediatrics and graduated from medical school at the University of New Mexico School of Medicine in 1991. Years after working for the hospital in as a courier, Graham returned as a doctor.

Between earning his medical degree and working as a physician at the Rocky Mountain Children’s Clinic, Graham served in the Air Force as a pediatrician and was promoted to major upon discharge. at Sheppard Air Force Base Hospital.

“I really love pediatrics because when you’ve been doing this for as long as I have, you bond with families,” he said. “Now I go to the births of the children I took care of and it has been a blessing for me.”

But with every up there is a down, and Graham has walked through deep valleys with families.

“I was in a family where I had taken care of all their children and the mother had a fourth pregnancy with an anencephalic baby,” he said. “She wanted to take the baby to the birth even though she knew the baby would die soon after.”

Seeing children from birth to adulthood, Graham has certainly experienced his fair share of life-changing events for families all over Montana, and he says he couldn’t do it without his team.

“I have such amazing staff here and I have my office manager and receptionists to thank, our nurses and an amazing group of partners. We have such a legacy in our longevity clinic from the people who work for us because we support each other and are really close,” Graham said.

Even with over 30 years of experience in pediatrics, Graham is still most proud of his work as a father and grandfather.

“Being a parent is one of my proudest moments. It translates into a great experience as a parent and then being able to bring those areas of expertise to pediatrics,” he said.

Graham enjoys kayaking, paddleboarding, skiing, hiking, backpacking, and fishing. When he’s not enjoying the great outdoors or working, he volunteers with his church and participates as co-medical director at the Hope Pregnancy Center.

“We provide excellent, compassionate, evidence-based care and are really studious in keeping up with the latest and greatest treatments,” he said.

Hanging in Graham’s office is a quote he holds firmly to – “Live in such a way that if anyone speaks ill of you, no one will believe them.”

Graham hopes to have a continued impact on the lives of his patients and the next generation of pediatricians.

“I would like to be remembered for the service we give here and our heart for the children and what we do for the community,” he said.

Reporter Summer Zalesky can be reached at [email protected]