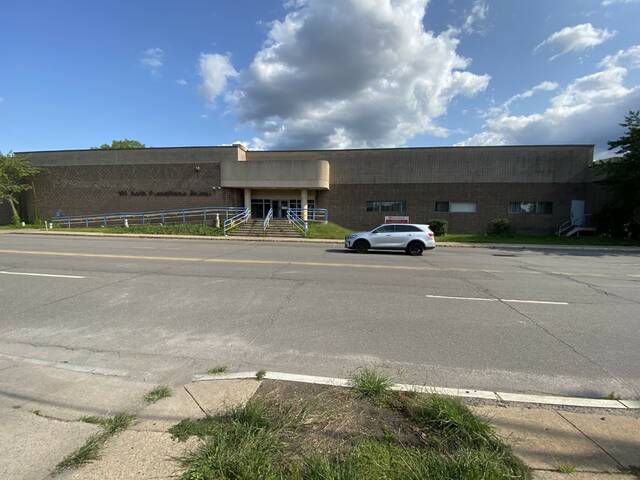 WILKES-BARRE — Seeking to right a mistake made five years ago, Shane Casey has returned to his original plan to open a 100-bed addiction treatment center.

Casey needed approval Wednesday from the city’s Zoning Hearing Board, which eventually approved his request to double the number of beds, but not without impassioned pleas from longtime treatment professional Nick Colangelo.

The center that Casey and his father James opened after renovating an old warehouse and bakery at 26 New Hill St. had only been in operation for three weeks this summer before closing. They couldn’t make it work at the 50-bed limit they agreed to in 2017 when they first appeared before the Commission.

“We tried and we’re back here saying, ‘We shouldn’t have accepted 50.’ We made a mistake. We made a mistake by accepting 50. We didn’t really think about it,” said young Casey said during the monthly council hearing at City Hall.

With the help of their consultant Colangelo, who was previously associated with the Marworth and Clearbrook and Brookdale treatment centers, the Caseys regrouped, returning to number 100 for the center which accepts Medicaid to treat both men and women.

Board members were concerned the higher bed count was strictly for financial reasons, but Shane Casey and Colangelo said it was more about providing a much-needed service than making a profit.

Since 2017, there have been fewer local facilities taking Medicaid patients, but demand has increased, Casey pointed out. “We don’t see any problem filling that number in the hundreds from that metro area,” he said.

Colangelo noted that other facilities also have 100 or more beds. He said methadone will not be dispensed at the center, although other drugs are being used.

“They’re not taking care of the people the Caseys are trying to take care of and I think that’s imperative for our community and that should be part of the decision making as well,” Colangelo told the five-member council.

Highlighting what he said was a desperate need for the centre, Colangelo said the board’s approval of the application would be something they could be proud of. “It’s white hat for you guys,” he said.

At one point during the more than hour-long hearing, the Commission considered requiring attorney Mark McNealis to submit a legal brief in support of the Caseys’ case. The Board met briefly in executive session and returned to vote.

Afterwards, James Casey said the next step is to hire additional staff to resume operations.

“We just took a break. We’re not even closed,” Casey said. “So everything that was official is as it is and will remain official. Now we are forming a team so that we can operate the right way.

The non-profit Wright Center was looking to come to Wilkes-Barre, but the Oct. 31 closure of First Hospital in Kingston, where it operates a clinic, hastened the move to the West Side. The Wright Center recently purchased 169 N. Pennsylvania Ave. at King’s College.

Jennifer Walsh, senior vice president, legal counsel and director of governance at the Wright Center, said it has been agreed with the Commonwealth Health System for an extension of stay at First Hospital. The immediate goal is to construct the space for the clinic that occupied 7,000 square feet at First Hospital in the new building. “We would like to be open and ready to see patients in mid-December,” Clark said. Over the next year, the Wright Center will construct the remainder of the 35,000 square foot building to include other patient services, none of which are denied due to lack of health insurance or ability to pay.